Do you ever second-guess your milk production after pumping? Do you compare it with the volume of milk, your friend or neighbor pumps? Do you compare it with the milk you pumped for a previous baby? Before you start to worry, you first need to know how much-pumped milk is average. Many mothers discover—to their surprise—that when they compare their own pumping experience with the norm, they’re doing just fine. Take a deep breath and read on. If the first month of exclusive breastfeeding is going well, your milk production dramatically increases from about one ounce (30 mL) on Day 1 to a peak of about 30 ounces (900 mL) per baby around Day 40.1 Draining your breasts well and often naturally boosts your milk during these early weeks. But at first, while your milk production is ramping up, expect to pump less liquid than you will later. If you pump more milk for a previous child, you may be thinking back to a time when your milk production was already at its peak rather than during the early weeks while it was still building.

What should you expect when you begin pumping? First, know it takes time and practice to train your body to respond to your pump as it does to your baby. At first, you will probably be able to pump small amounts, and this will gradually increase as time goes on. Don’t assume (as many do) that what you pump is a gauge of your milk production. That is rarely the case, especially the first few times you pump. It takes time to become proficient at pumping.  Even with good milk production and a good-quality pump, some mothers find pumping tricky at first.

After you’ve had some practice using your pump and it’s working well, the following factors can affect your milk yield:

Read on for the details about each of these factors.

Your baby’s age. How much milk a baby consumes per feeding varies by age and—until one month or so—by weight. Because newborns’ stomachs are so small, during the first week, most full-term babies take no more than 1 to 2 ounces (30 to 60 mL) at feedings.  After about four to five weeks, babies reach their peak feeding volume of about 3 to 4 ounces (90 to 120 mL) and peak daily milk intake of about 30 ounces per day (900 mL).

Until your baby starts eating solid foods (recommended at around six months), her feeding volume and daily milk intake will not vary by much. Although a baby gets bigger and heavier between one and six months of age, her rate of growth slows down during that time, so the amount of milk she needs stays about the same.1 (This is not true for formula-fed babies, who consume much more as they grow2 and are also at higher risk for obesity.3) When your baby starts eating solid foods, her need for milk will gradually decrease as solids take your milk’s place in her diet.3

Time elapsed since your last milk removal. On average, after an exclusively breastfeeding mother has practiced with her pump, and it’s working well for her, she can expect to pump: Time of day. Most women pump more milk in the morning than later in the day. That’s because milk production varies over the day. To get the milk they need, many babies respond to this by merely breastfeeding more often when milk production is slower, usually in the afternoon and evening. A good time to pump milk to the store is usually thirty to sixty minutes after the first-morning nursing.  Most mothers will pump more milk then than at other times. If you’re an exception to this rule of thumb, tap when you get the best results. No matter when you tap, you can tap on one side while nursing on the other to take advantage of the baby-induced let-down. You can offer the other breast to the baby even after you tap, and the baby will get more milk.

Your emotional state. If you feel upset, stressed, or angry when you sit down to pump, this releases adrenaline into your bloodstream, which inhibits your milk flow. If you’re feeling cynical and aren’t pumping as much milk, as usual, take a break and pump later, when you’re feeling calmer and more relaxed.

What matters to your baby is not how much she gets at each feeding, but how much milk she receives over a 24-hour day. Breast storage capacity explains many of the differences in breastfeeding patterns and pump yields that are common among mothers.7

Your pump quality and fit. For most mothers, automatic double pumps that generate 40 to 60 suction-and-release cycles per minute are most active at expressing milk.

Getting a good pump fit is essential because your fit affects your comfort and milk flow. Pump fit is not about breast size; it’s about nipple size. It refers to how well your nipples fit into the pump opening or “nipple tunnel” that your nipple is pulled into during pumping. If the nipple tunnel squeezes your nipple during pumping, this reduces your milk flow, and you pump less milk. Also, either a too-large or too-small nipple tunnel can cause discomfort during pumping. Small-breasted women can have large nipples, and large-breasted women can have small nipples. Also, because few women are completely symmetrical, you may need a size nipple tunnel for one breast and another size for the other.

You know you have a right pump fit if you see some (but not too much) space around your nipples as they move in and out of the nipple tunnel. If your nipple rubs along the tunnel’s sides, it is too small. It can also be too large. Ideally, you want no more than about a quarter-inch (6 mm) of the dark circle around your nipple (areola) pulled into the tunnel during pumping. If too much is removed in, this can cause rubbing and soreness. You’ll know you need a different size nipple tunnel if you feel discomfort during pumping even when your pump suction is near its lowest setting.

What About Pump Suction?

Mothers often assume that stronger pump suction yields more milk, but this is not true. Too-strong suction causes discomfort, which can inhibit milk flow. The best suction setting is the highest that’s truly comfortable and no higher. This ideal setting will vary from mother to mother and may be anywhere on the pump’s control dial. Some mothers actually pump the most milk near the minimum setting.

Could the pump be malfunctioning? It’s normal for a pump’s suction to feel less reliable over time as its user adjusts to its feel. Many pump users ask how often certain pump parts should be replaced. A rule of thumb is that the elements that directly affect the pump’s suction should be replaced every six months or so. On a Medela pump, this is the round white membrane that hangs down into the collection bottle on a yellow plastic piece. On an Ameda, Ardo, or Spectra pump, this is the white valve, which looks like a cake-decorator tip and hangs down into the collection bottle from the underside of the piece that you press against your breasts.

In most cases, other membranes and valves are provided with new pumps. Extras can usually be ordered online or bought at large baby stores. If you see a hole in the diaphragm or the white valve stays open even when the pump is not in use, replace these pump parts sooner.  Other pump parts are unlikely to affect your milk yields.

Hands-on pumping is one evidence-based strategy to increase milk yield while pumping.  Click here for a post describing this effective technique.

Worries are a normal part of new motherhood, but you can make milk expression a much more pleasant experience by learning what to expect. For many mothers, pumping is a crucial aspect of meeting their breastfeeding goals.  A little knowledge can go a long way in making this goal a reality. 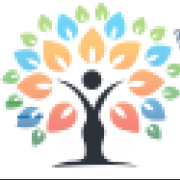 My name is Mona Azam. I am a blogger since the end of 2016.blogging is my passion.this  my new blog is about issues related to women not only I will discuss issues but I will also sort out the solution to the problems.which will really help you in your daily routine life.i will focus on relevant topic give you best knowledge  about that not try to be confused you by creating long long articles.so stay tune with me for quick answer of your question.

Amazing Tips How to Increase Breast Size in Natural Way

DO YOU NEED TO KNOW ABOUT BREAST SHAPES AND SIZES

This widget requries the Arqam Lite Plugin, You can install it from the Theme settings menu > Install Plugins.